A tsunami-strength pornography spam devasted hundreds of Facebook group pages as the top social network algorithm failed to recognize a concerted effort by flooders and spammers to bring down the highly popular Facebook group pages. Facebook has always maintained that the responsibility to keep said group pages clean lies on the page administrators. In the course of the usual day-to-day events, page administrators are able to manage their group pages by approving posts and either blocking offensive content from being posted or removing said posts that are not allowed by Facebook rules and regulations. However, when the most recent pornography link was released, it was able to embed itself in the now popular smartphones thru Android applications and thus spread like wildfire since it triggered friends of those who got the virus to release the same to their own set of friends. Facebook group admins quickly recognized the gravity of the problem and acted to remove the deluge of pornographic material (frontal nudity, sex act, triple X videos and pictures). Pretty soon alarmed Facebook group members started reporting the matter to Facebook who, in turn, CLOSED DOWN the groups leaving millions of the group members in cyber limbo. Facebook should have acted quickly to disable the offensive links to prevent its spread or maybe even just removed the ability of the link to show lewd pictures (meaning people would see the link but there would be no accompanying picture). The problem here lies with the Facebook algorithm which failed to run after the evil doers but instead punished the innocent group members and their admins. 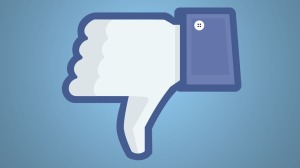 Facebook algorithm error kills hundreds of group pages and leaves millions of its members in cyber limbo or Internet graveyard.