NEXT STEP – House in plenary will vote to IMPEACH Sereno. One third of total district and partylist representatives needed to IMPEACH (which is almost a certainty due to the Duterte Administration Lower House SUPER MAJORITY). The Senate will conduct an Impeachment Trial to determine guilt/conviction or innocence/acquittal. A two thirds vote of the 24 member Senate is needed to convict.

The House of Representatives’ committee on justice approved on Monday the articles of impeachment against Supreme Court Chief Justice Maria Lourdes Sereno. 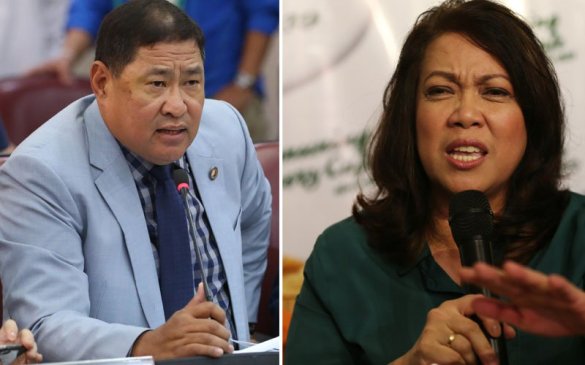 With 33 members in favor, the panel ruled to continue the impeachment process to remove Sereno from office, as it also effectively certified its 45-page report on the proceedings it conducted as well as lawyer Lorenzo Gadon’s impeachment complaint against the country’s top magistrate.

6. Committed betrayal of public trust when she willfully and deliberately failed to comply with her oath of office by tyrannical abuse of discretionary power.

The articles of impeachment and committee report will be transmitted to the House committee on rules, which will then schedule them for plenary discussions within 10 session days upon receipt.

The House plenary is set to tackle the articles of impeachment within 60 session days from its submission by the justice committee.

If the committee report and articles of impeachment garner one-third votes of the entire House members, the lower Chamber would then transmit the impeachment complaint to the Senate, which would convene as an impeachment court.

Last March 8, the House justice committee decided there is probable cause to impeach Sereno, who is being accused of culpable violation of the Constitution, betrayal of public trust, corruption, and other high crimes.
#Duterte #Sereno #ChangeIsComing #ChangeIsHere #SerenoImpeachment