Lebron James is on his 5th straight trip to the NBA Finals. He lost two and won two Championship trophies for Miami Heat. This year he is back to the NBA Finals, this time with his old team, the Cavaliers. With The Cavs now trailing the Warriors, 2  – 3, in a best-of-seven format, Lebron and the Cavs are one game away from losing the 2015 NBA Championship. Admittedly Stephen Curry, NBA regular season MVP and Warriors leader, had a spectacular Game 5 which would be difficult to replicate. On the other hand, by needing only one more game to win the Championship, once they get ahead of the Cavs in the 3rd or 4th quarter of Game 6, the Cavs could very well collapse and yield the trophy to the Warriors. For the Cavaliers to grab the 2015 NBA Championship, they need to win two consecutive games, Game 6 at home and Game 7 in Oakland, Warriors home court. Anyway, it goes without saying that Lebron James would need to win ONE GAME AT A TIME. Playing at home for Game 6 at least gives them the home advantage. Whether they can win Game 7 (if they reach that stage) or not is another matter. They should simply play their hearts out to give the Cavalier fans the best game the fans have ever seen in their lives. Should the Cavs win Game 6, Lebron would be having a slight advantage over the Warriors, coming from a win. Whether this morale boost is enough to offset the Game 7 Warriors home court advantage is something else. Anyway, even for just the NBA fans enjoying this Series longer, we are hoping for a Cavaliers win in Game 6, so as to extend the Series to Game 7. 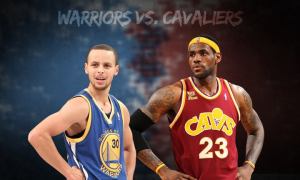