by pinoynews4
Jurassic World just took a massive bite out of the box office, making movie history by grossing $511.8 million worldwide in its opening weekend. 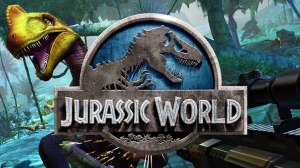 Jurassic World, the movie, breaks the worldwide opening weekend record with $US 511.8 million

Universal Pictures and Legendary co-financed the $150 million, PG-13-rated film, which was directed by Colin Trevorrow and executive produced by Spielberg.

This is the third time Jurassic World star Chris Pratt has seen blockbuster success. He also also starred in the 2014 box office hits Guardians of the Galaxy and The Lego Movie.

Internationally, Jurassic World is the highest-grossing opening for any film in 2015, as well as the biggest opening of all films in the Jurassic Park franchise.