A few hours ago, a blog post with the title above was published after DZMM br 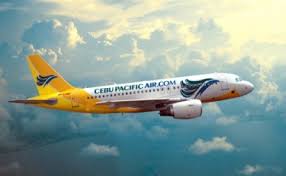 Cebu Pacific airliner reported to have crashed in Sultan Kudarat. However, a CAAP official has denied a commercial airline crash at this time. Cebu Pacific has also denied the crash report.

oke a story about a Cebu Pacific commercial passenger airplane crash. Minutes later, as our post was starting to go viral, the Civil Aviation Authority refuted the plane crash report and stated that all commercial airliners were accounted for. In this day and age of instant communication, one would think that reporters would go through basic steps to establish facts and confirm initial reports before spreading the word to the world. In the enthusiasm to scoop a story, DZMM got BURNED, badly BURNED. The credibility of a news organization is primarily premised on ACCURACY – who, what, where and when. It is the duty and responsibility of reporters to ESTABLISH the FACTS before facing the camera and/or microphone. Anyway, we pulled out our blog post and decided to compose this one to answer questions on why our previous blog post can not be accessed anymore. The simple answer is that we THRASHED it (as in DELETED it, PULLED it out, REMOVED it and got it out of sight for now and in the future).