Super Typhoon Ompong left dozens dead with many more missing as landslides hit mining bunkhouses in Itogon, Benguet. 43 bodies have been recovered in Itogon with 30 reported to be still missing. Northern Luzon bore the brunt of Signal Number 4 winds. The Cordillera Administrative Region (which includes Benguet Province), Baguio City (3 deaths), Cagayan Valley (7 deaths), Ilocos Region (1 death), Central Luzon (one death) and NCR (one death) suffered most of the deaths in the Philippines. At this moment, the official death count stands at 59 bodies recovered nationwide with dozens still missing and would be presumed dead as hours turn into days. NOTE: The 99 death toll is an educated guess based on all available, and sometimes conflicting data, regarding those still missing in Itogon, Benguet (currently ranging from 30 to 80) so we adopted the conservative number of 40 then included the 59 confirmed deaths. These figures still do not include reports that may come in delayed due to damaged communication lines and from far flung areas. Suffice it to say that it may take a week to come up with a pretty accurate report. 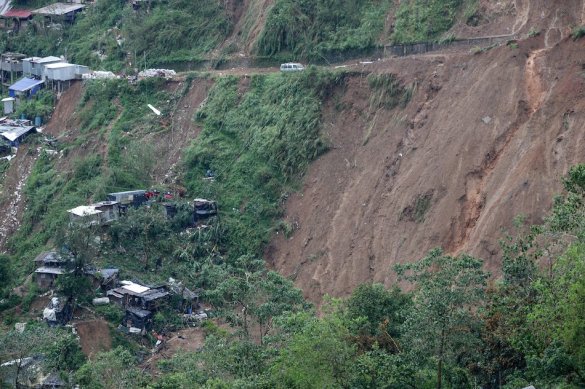