DILG Secretary Sueno SACKED. Usec Panadero and Asec Aldana should also be FIRED. Upon the assumption of the Duterte Administration, that won on the campaign to rid CORRUPTION, Sueno instead sided with the holdover DILG Mafia headed by Usec Panadero and Asec Aldana. both of whom cornered (since the Aquino Administration) the Bids and Awards Committee, directorships to government corporations, promotions, appointments to choice assignments (preferred regions) and massive expenditures concerned with events, caterers, contractual services (janitorial, security), leasing and vehicle purchases. Sueno received a van from Usec Panadero and Asec Aldana to CEMENT their relationship in 2016. In short instead of FIRING Panadero and Aldana, Sueno SLEPT with the enemy. The CORRUPT DILG (of GMA and P-Noy) that was supposed to be CLEANSED by the Duterte Administration, however, was in CORRUPT BUSINESS AS USUAL under the helm of Sueno. NOTE: Aldana CLAIMS that her relative is the BEST FRIEND of President Duterte so while it is difficult to evaluate the real closeness of the relationship from the perspective of Digong, in the civil service, such info propagated to the world will always instill fear in government servants and give a sense of entitlement to the luckily connected.

By: Carla P. Gomez, Leila B. Salaverria, Philip C. Tubeza – @inquirerdotnet
Philippine Daily Inquirer  April 05, 2017
Interior Secretary Ismael Sueno lost his job because of a row with his three undersecretaries in the Department of the Interior and Local Government (DILG) over the right to sign contracts and promotions, according to a spokesperson for the agency.

But according to one of those officials, Sueno was fired because of irregularity in the purchase of firetrucks from Austria.

Interior Undersecretary for Public Safety Jesus Hinlo said Sueno was sacked because of his involvement in the purchase of the firetrucks without a competitive public bidding.

“There is a [case pending in] the Supreme Court involving the firetrucks but Sueno still proceeded with the transaction,” Hinlo said in a phone interview on Tuesday.

“There should be due diligence, that’s the issue that I think weighed heavily in the decision of the President,” he said.

Hinlo could be right, as Mr. Duterte, in a speech at the Metropolitan Manila Development Authority (MMDA) on Tuesday night, referred to a legal opinion that Sueno had told him he knew nothing about.

“If you answer me with that kind of statement, that you never read the legal opinion of the legal officer of your own office, it’s either you’re taking me for stupid, an idiot, or you are lying through your teeth,” Mr. Duterte said.

Malacañang said earlier on Tuesday that Mr. Duterte sacked Sueno for “loss of trust and confidence.”

Sueno had a reported rift with his three undersecretaries, who accused him of corruption, shielding a politician linked to illegal drugs and other wrongdoings.

Mr. Duterte questioned Sueno about his activities before sacking him on Monday, presidential spokesperson Ernesto Abella said on Tuesday.

He said Sueno’s dismissal should serve as a warning to other government officials that Mr. Duterte would not tolerate any wrongdoing even in his Cabinet.

An officer in charge for the DILG will be announced soonest, he added.

At the Philippine Army headquarters, Mr. Duterte told reporters that he was looking for a replacement for Sueno but he would not name former Sen. Ferdinand “Bongbong” Marcos Jr. to the top DILG post because Marcos had a pending electoral protest concerning his loss in last year’s vice presidential election to Leni Robredo.

“No, I don’t think so. He would abandon his appeal. He would have to let go of it. When you are appointed to a position, it would be lost for all intents and purposes,” Mr. Duterte said.

Sueno was fired at the end of the Cabinet meeting in Malacañang late on Monday, the same day he parried calls from his underlings in the DILG for his investigation for the purchase of firetrucks from Austria worth P20 million even though there were alternatives available for just P7 million.

Abella declined to provide details of what Mr. Duterte had found about Sueno.

“The President was quite open and frank in questioning the secretary, initially, in fact, at the beginning of the meeting,” Abella said.

After questioning Sueno, Mr. Duterte moved on to other topics and the Cabinet meeting went on for several hours.

When Mr. Duterte made a closing statement, he announced that he was letting Sueno go.

A “short exchange” followed, Abella said, but gave no details.

He said the reason for Sueno’s dismissal went beyond the complaints of DILG officials.

It wasn’t clear whether Sueno would be formally investigated and possibly prosecuted.

In a statement, Sueno insisted on his innocence, but said he respected Mr. Duterte’s decision.

“I wholeheartedly accept the decision of the President. It is his call if he wants me in his Cabinet or not. But for the record, Mr. President, and I can say this with all honesty and sincerity, I am not corrupt,” Sueno said.

He said Mr. Duterte was given “wrong information by those salivating” for his post from the start.

“I just wished the information was validated. If only the President asked DILG personnel from the central down to the regional and field offices, he would have known who among us are more credible and trustworthy,” he said.

Sueno said he was ready to face any investigation to clear his name.

Assistant Secretary Ricojudge Janvier Echiverri early on Tuesday said the row between Sueno and his three undersecretaries—Hinlo, John Castriciones and Emily Padilla—erupted after Sueno decided to retain the executive right to approve promotions and contracts.

Echiverri said that some people in the DILG felt that if Sueno had to go, then his critics should also go. 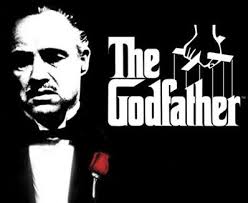