The entry of Davao Mayor Rodrigo Duterte into the 2016 Presidential race is finally on after many months of uncertainty. In what can aptly be described as a political telenovela, Rody or Digong kept most of his supporters in doubt as he swung from an almost certainly YES to a definitely NO position many times over.

Speculations are already rife that a Duterte candidacy would carve out major portions nationwide from survey front runner Senator Grace Poe while the Davao mayor will grab votes from survey runner-up Vice President Jejomar Binay in Duterte’s own island of Mindanao. The bet of the Administration, the Liberal Party and the ANOINTED ONE of President Aquino, 2010 losing Vice Presidential candidate, Mar Roxas is predictably going down to the number four position in the next national popularity polls.

Should Mayor Duterte win over Senator Poe/VP Binay/Secretary Roxas in 2016, his campaign strategy would be studied for future elections. Mayor Duterte did not announce his presidential plans early unlike Vice President Binay who revealed his ambition way back in 2010 right after being sworn in as Vice-President. The Davao Mayor did not even file his Certificate of Candidacy on October 16, 2015 (the last day of filing) while former DILG Secretary Roxas and Senator Poe filed within the prescribed period of submission. Mayor Duterte would just be relying on a presidential candidate who would withdraw or has withdrawn so he can come in as a SUBSTITUTE (which can be a little tricky although there are a lot of presidential candidates who can be convinced to withdraw in his favor as long as such candidate belongs to a political party).

At the minimum, the entry of Mayor Duterte in the P 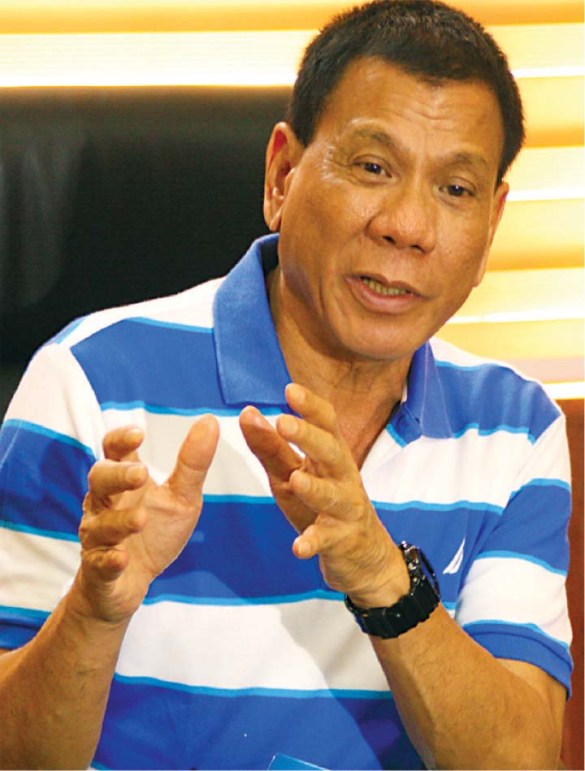 residential derby only makes the 2016 national elections more exciting. The possible DISQUALIFICATION of Senator Poe would not automatically hand the Presidency on a SILVER PLATTER to either Vice President Binay or Secretary Roxas, now that the Davao Mayor has thrown his hat in the POLITICAL ring.