Today, Oct.29, is the birthday of General Antonio Luna (Oct.29, 1868-June 5, 1899). The least that we can do for our genuine Filipino patriots – now that we have started to rediscover them, is to rename Camp Aguinaldo to Camp Hen. Antonio Luna; and also rename the PNP Headquarters in honor of Gen. Miguel Malvar, instead of Camp Rafael Crame, who was appointed by the U.S. invaders/colonial authorities to head the Philippine Constabulary(PC). The PC was organized by the American colonizers as their local militia to crush Filipino resistance to U.S. colonial rule.

(Thank you University of the Philippines Professor Ronald Simbulan for the info and suggestion).

Suggested reading: The Rise and Fall of Antonio Luna (1972) by University of the Philippines Professor Vivencio Jose 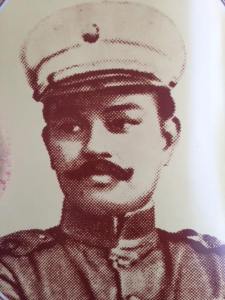