Should Senator Grace Poe run for President against DILG Secretary Mar Roxas and Vice President Jejomar Binay, the Liberal Party-based Administration Coalition would shatter to at least two major blocs. Survey tail-ender (among the top 4 possible candidates, the others being Senator Poe, Vice President Binay and Davao Mayor Duterte who has not yet formally announced his plan to run for President) former Senator now Secretary Mar Roxas would have the MOST TO LOSE since he and Senator Poe, front-runner in the surveys, come from the same Administration Coalition. The choice among Administration Coalition (LP, NP and NPC) politicians would be between the 2010 losing vice presidential candidate (Roxas) and the 2013 Senatorial elections topnotcher (Poe). Idealism (Roxas backers think he is best for the job to succeed President Aquino) versus pragmatism (Poe backers are sure she has much better chances to win the 2016 Presidential race in comparison to survey-lagging Roxas) would would thus divide the Administration Coalition and the Liberal Party.

The Nationalist People’s Coalition has the best chances of remaining intact as a political party because of its time-tested formula of allowing all of their members to individually decide where their greatest chances of electoral victory would be. Some can choose to run under LP tickets while others can run under the major opposition group of UNA under Vice President Binay. After the elections, the NPC members would again group together and decide whether to join the next administration or side with the opposition.

Vice President Binay is closely monitoring the Administration Coalition developments because in a 3 or 4 horse race for the Presidency, he has the best chances of a 2016 Presidential election victory. The only situation that 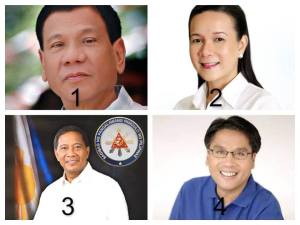 should cause him major headaches would be if Senator Grace Poe decides to slide down to the Vice Presidential derby with Mar Roxas as her Presidential standard bearer.