With Cleveland Cavaliers team members playing injured or out of the game for the NBA Finals, how come the Golden State Warriors are trailing the Cavs 1 – 2? The only logical answer to the question is because Cleveland has Lebron James who has played the best three games in NBA Finals history. Cleveland does not have brilliant plays and spectacular execution. They simply have to pass the ball to Lebron James and he shoots the ball. Okay, he has a number of assists too that resulted in conversions. But the basic formula is intact, James with the ball, the rest of the team gets out of the way. One-on-one, isolation, free the lane and get ready for a possible assist pass or offensive rebound. Game 4 would be played in Cleveland and to lose there, the Golden State Warriors would be facing an almost insurmountable 3 Cleveland wins against 1 Golden State win. If we have more of the same as the first three games, then expect James to again be the top scorer since Irving and the rest of the other scorers are on the injury list and not available to play. Theoretically, Golden State could have, and should have, taken advantage of the situation since Game 2 but, ironically Games 2 and 3 were won by the Cavs. The Cavs played Game 1 with Irving but still lost in overtime. A Cavs win in Game 4 would probably need 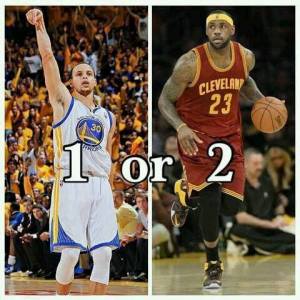 one more game for the Cavs to win the NBA championship. A Warriors victory in Game 4 evens up the Finals Series and the ultimate outcome would be more difficult to predict.