Mar 21, 2015
photos by Demie Dangla and Max B. Santiago
Noynoy Out Now!(NOW!), a broad coalition of various people’s organizations, sectoral groups and personalities converged at Mendiola bridge on March 20 to call for the removal of President Aquino from office.

According to poll firm Pulse Asia, 58% of Filipinos are now open to the idea of President Aquino’s resignation.

NOW! seeks to replace the current Aquino administration with a transition body called ‘People’s Council for Unity, Reform and Peace,’ which will implement political and economic reforms once President Aquino is ousted.

The drive to establish a People’s Council is a lesson learned from previous mass protests and actions that successfully ended the regimes of Marcos and Estrada.

Teddy Casiño, convener of NOW! believes that “the clamor for change starting with the President’s resignation is surely growing. The surveys reflect this as do the growing number of people expressing disgust at the government and joining protest actions. Many are also doubtful if the 2016 elections will lead to real changes in the political and economic system. Thus NOW!’s call for regime change is gaining ground,” said Casiño. 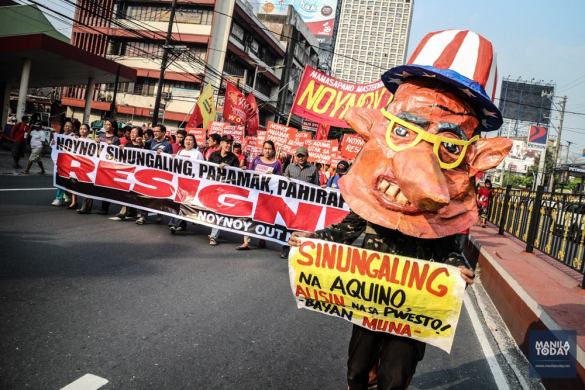