The Presidential Complaint Center endorsed a letter from Novaliches District Hospital employees alleging breach of warranties in a PhilHealth double filing case, a civil case involving alleged baby switching, misuse of funds of the Local Government in the purchase of laboratory machines that have remained unused and irregularity in the acquisition but non-utilization of HIV and Drug Testing Kits. The Department of Health would be conducting the investigation on the LGU owned NDH.

The then incoming Mayor of Quezon City Joy Belmonte was informed of the complaints against the incoming Medical Director (a certain Dr. Aldana) but the problematic physician was appointed nonetheless.  Said physician on his first day of office terminated 22 contract of service employees and consultants of NDH. Mayor Belmonte came out on record that there would be no firing, termination or non-renewal of contracts of city employees which contradicted the action of the medical director who caused the separation from service of the NDH personnel. Significantly, the power to fire and hire for the city is vested upon the mayor so the medical director acted without authority to do so.  Seven weeks after the easing out of the NDH employees, and even after the Office of the President ordered an investigation on the alleged illegal termination, the concerned employees remain unemployed.

The Office of President Duterte thru the Office of Executive Secretary Medialdea, on July 5, 2019, endorsed for evaluation and appropriate action the complaints of several concerned employees of the Novaliches District Hospital, managed by the local government unit of Quezon City.

Fifteen COS (contract of service) employees and seven consultants were unceremoniously informed on July 1, 2019 that their contracts would no longer be renewed. July 1 was the first day of office of senators, representatives, governors, vice-governors, provincial board members, mayors, vice mayors and councilors. In Quezon City, Mayor Joy Belmonte assumed office and her appointed Novaliches District Hospital Medical Director, with the name of a certain Doctor Aldana, also on his first day to return to that position, promptly issued walking papers to the twenty-two. Said memorandum of the Medical Director was in direct conflict to the pronouncement of the new mayor that no contract of service would be terminated.

Analysis: The Office of the Mayor of Quezon City proclaimed that it has the sole prerogative of hiring and firing as far as city employees are concerned. If that is the case, then on whose authority did the Novaliches District Hospital Medical Director issue the termination memorandum? A grave abuse of authority/discretion case against the Medical Director is a legal option available to the aggrieved parties. Aside from that, how come it has taken weeks to start an investigation to the detriment of hospital patients and services? In the same span of time the City of Manila has progressed by leaps and bounds under the able leadership of new Mayor Isko Moreno. On the other hand, Quezon City is being left behind on the garbage clearing and road obstruction (illegally parked vehicles and vendors taking over sidewalks and streets) fronts. 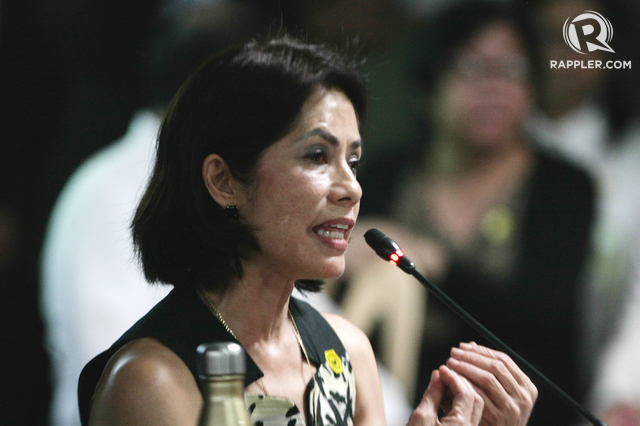 Quezon City Mayor Joy CONVENIENTLY FORGOT that during the Bistek Admininistration, most of the top JUICY positions in the city were (and still are) manned by loyalists of Sonny Belmonte, her father (the real powerhouse in QC even during the Bistek Administration), who was the mayor prior to Bautista. The newly elected QC mayor is currently suffering from a public relations DISASTER mainly to her being compared to the rock star new mayor of the city of Manila, Isko Moreno. She only has herself to blame for her infamous statement that she is running a MARATHON to explain her SLOW START in clearing garbage, illegally parked vehicles and vendors occupying sidewalks and streets as she was reacting to Mayor Moreno working quickly, decisively and effectively. Mayor Joy should also know that not only her political opponents in the last elections are against her since a large number of those who actually voted for her are DISAPPOINTED, DISMAYED and FRUSTRATED at her performance in office. In truth, pointing to Bistek as her tormentor only allows those against her to gravitate towards Herbert who could be her opponent in the mayoralty race in 2022 or he can possibly play KINGMAKER for someone else. By firing a shot across the bow too early in the game, Mayor Belmonte telegraphs her INSECURITY and possibly her incompetence and inability to take the initiative and actually prove to her constituents, including her detractors, that she was really the BEST CHOICE among the candidates. Unfortunately, with this latest interview, she once again demonstrated that she can TALK much more than she can DO (again, in comparison to Isko who keeps on doing with less talk). The DILAWAN (the yellow color of the Aquino Administration), DYNASTY (Belmonte family members and in-law in appointed and elected positions in QC) and BALIMBING (turncoat) issues hound the mayor but they could have been easily forgotten had she started on the right foot on day 1, July 1, 2019. Unfortunately, she, figuratively, is often caught with her FOOT in her MOUTH.

Running mates when they first ran together for the top local positions in Quezon City in 2010, Herbert Bautista and Joy Belmonte’s political partnership gradually fell apart with the mayor supporting his vice mayor’s opponent in the last elections.

In an interview on “Bawal ang Pasaway kay Mareng Winnie”, the incumbent Mayor Joy Belmonte cited differences  in governance styles as the reason for the political split with the former local chief executive.

Belmonte said she eventually felt left out while serving as Bautista’s vice mayor.

Asked who Bautista backed in the last elections, Belmonte said, “My opponent.”

While she didn’t name the other candidate Bautista supported, it was former Quezon City Representative Bingbong Crisologo who placed second in the 2019 polls.

Belmonte said there were moves inside city hall against her re-election in 2022.

“Siguro yung predecessor ko may mga tao pa siya na nandito na permanent na I was willing to work with because I’m not a vindictive person… pero baka ‘yung agenda nila ay pabagsakin ako, to make me look bad. There are moves for me to be a one-term mayor,” Belmonte said.

Still, Belmonte said that it was actually Bautista—not her father former Speaker Feliciano Belmonte—who encouraged her to enter the politics.

“Mayor Bautista asked me to run with him because he thought it would help him to have a Belmonte as a running mate,” she added. —NB, GMA News